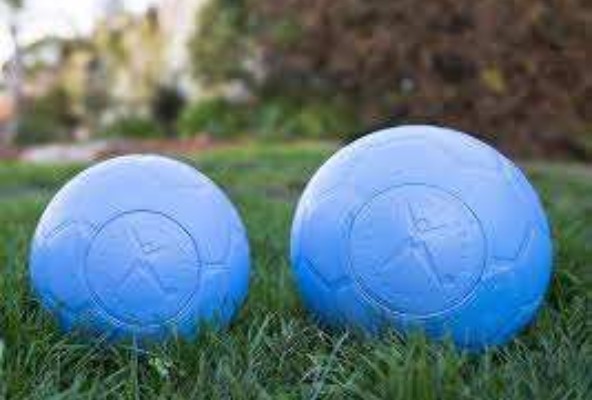 Have you ever heard of an indestructible football? Neither had we until a small group of fundraisers realised it could be the perfect solution for the football-loving children at Nayamba school. When we first visited Nayamba back in 2012, we were surprised to notice that the children’s ‘football’ was in fact several rolled-up plastic bags bound together with elastic bands. Each time we visited from Devon, we brought a commercially produced football with us - and the children were beyond excited. At playtimes, the ball would be reverently brought out of the school office and used in a huge game of football that all ages of children joined in with. When breaktime was over, the ball would be carried back to the office by a prefect so that it could be kept safely ready for the following day. Unfortunately, the footballs had a very short lifespan. The ground at Nayamba is rough and harsh, so they become shredded within a couple of weeks and the children have to go back to constructing the plastic bag balls again. But that’s all about to change.

After seeing a video clip of the Nayamba children playing with their makeshift football, a group of young fundraisers, who also love playing football, were determined to share their enthusiasm for the game by finding a ball that would be a match for the harsh, stony Zambian terrain. They scoured the internet and found the ‘Ultra-Durable Football’, which promises to withstand the harshest of environments without ever needing to be pumped up. But at £35, it wasn’t cheap. Undeterred, the group raised enough money to buy two of the footballs, and they were taken out to Nayamba school last week. As you can imagine, the Nayamba children were totally delighted (especially Gift, who supports Manchester United and plays football in his every spare moment). Let’s hope the new footballs really are ‘indestructible’!